He is the greatest hero of Cuba, for many a martyr. In the capital we find a memorial dedicated to him in the great Plaza de la Revoluciòn. The building, dominated by a long stele, houses the museum dedicated to it. His great pensive thinking statue is right at the entrance.
Eclectic character, revered by the Cubans, was a poet, a writer, a journalist but, above all, the father of the revolution and independence of Cuba. His action and commitment began from the young age to continue continuously for all Life until the death of 1895 in only forty-two years.
Although Josè Martí spent more time in exile than in his homeland, his influence on Cuban culture is remarkable, just think that among his most famous verses, we find those in the song "Guantanamera", also known to those who did not Never heard of calling.

In the museum there are photographs and documents that are part of his political and personal life over time and places he has visited or where he was forced into jail or exile.

Below are a few shots of the numerous documents displayed in this museum in Havana. 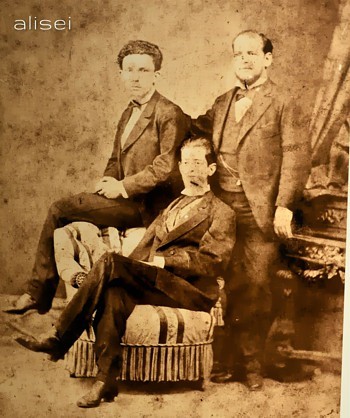 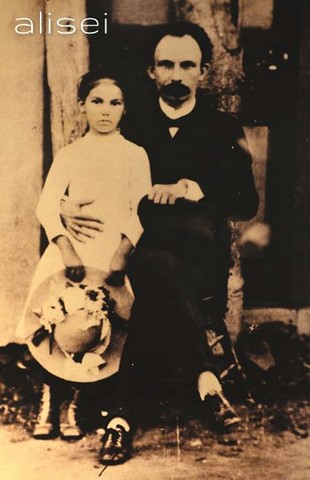 Josè Martí with Maria Mantilla her biological and spiritual daughter. The photo was taken in Long Island (H.Y.) in 1890 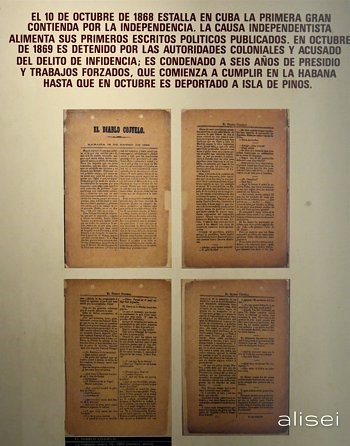 On October 10, 1868, Cuba rallied against Spanish dominance and young Jose's sympathy goes naturally to insurgents. In October 1869, Jose was arrested for writing, with his other schoolmates, a letter against a fellow student, rejoicing of enrolling among collaborative volunteers. The military court finds it "a declared enemy of Spain", is sentenced to six years of forced labor. 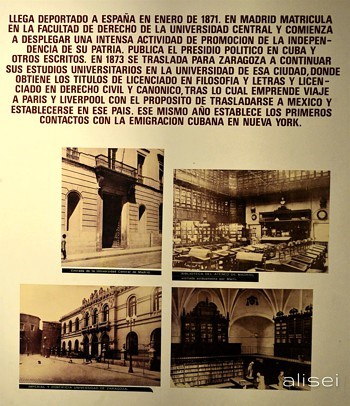 The punishment imposed on young Jose by the Spanish court is then switched to deportation to Spain in 1871. Here, young Martí continues his literary and advertising activity and studies at the Universities of Madrid and Zaragoza, where he will graduate in Literature and Philosophy In 1874. 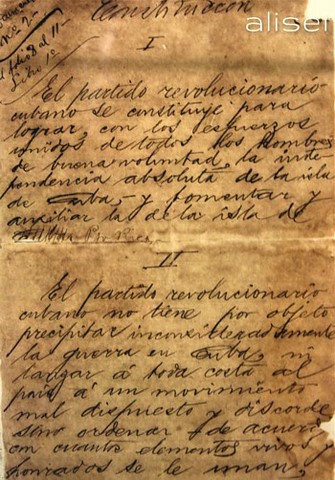 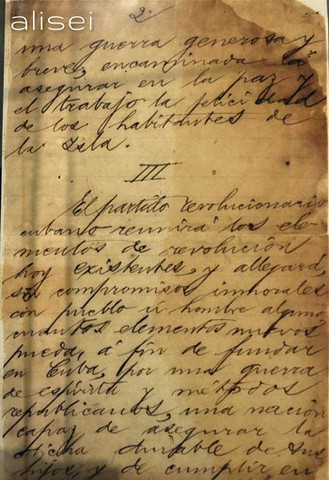 Isle of the many surprises, the strong contrasts and the thousand colors 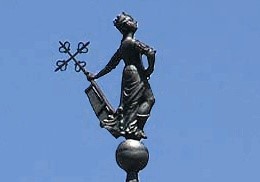 Church of Havana, little known by tourists but to be visited for the valuable interiors

Photo collection dedicated to the simplicity, spontaneity of Cuban children

Photos, directions, suggestions and maps of my snorkeling experience in Cuba

Cuba has many castles and fortresses along its coast, here we go and visit some of them